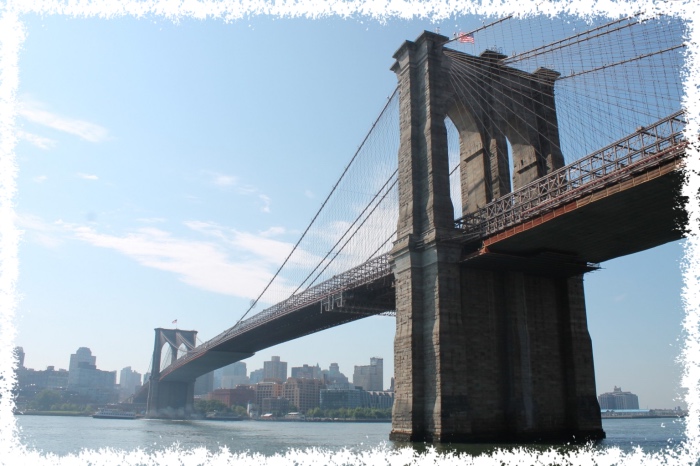 Joseph Lorenzo Hall has a post at the Center for Democracy and Technology, "Taking the Pulse of Security Research." One part of the post is an expert statement on security research, and I'm one of the experts who has signed on.

I fully support what CDT chose to include in the statement, and I want to go deeper. The back and forth of design and critique is not only a critical part of how an individual design gets better, but fields in which such criticism is the norm advance faster.

A quick search in Petroski's Engineers of Dreams: Great Bridge Builders and the Spanning of America brings us the following. (The Roeblings built the Brooklyn Bridge, Lindenthal had proposed a concept for the crossing, which lost to Roebling's, and he built many others.)

In Lindenthal’s case, he was so committed to the suspension concept for bridging the Hudson River that he turned the argument naturally and not unfairly to his use. Lindenthal admitted, for example, that it was “a popular assumption that suspension bridges cannot be well used for railroad purposes,” and further conceded that throughout the world there was only one suspension bridge then carrying railroad tracks, Roebling’s Niagara Gorge Bridge, completed in 1854, over which trains had to move slowly. However, rather than seeing this as scant evidence for his case, Lindenthal held up as a model the “greater moral courage and more abiding faith in the truth of constructive principles” that Roebling needed to build his bridge in the face of contemporary criticism by the “most eminent bridge engineers then living.” In Lindenthal’s time, three decades later, it was not merely a question of moral courage; “nowadays bridges are not built on faith,” and there was “not another field of applied mechanics where results can be predicted with so much precision as in bridges of iron and steel.” ("Engineers of Dreams: Great Bridge Builders and the Spanning of America," Henry Petroski)

Importantly for the case which CDT is making, over the span of thirty years, we went from a single suspension bridge to "much precision" in their construction. That progress happened because criticisms and questions are standard while a bridge is proposed, and if it fails, there are inquests and inquiries as to why.

In his The Great Bridge: The Epic Story of the Building of the Brooklyn Bridge, David McCullough describes the prolonged public discussion of the engineering merits:

It had been said repeatedly by critics of the plan that a single span of such length was impossible, that the bridge trains would shake the structure to pieces and, more frequently, that no amount of calculations on paper could guarantee how it might hold up in heavy winds, but the odds were that the great river span would thrash and twist until it snapped in two and fell, the way the Wheeling Bridge had done (a spectacle some of his critics hoped to be on hand for, to judge by the tone of their attacks).

The process of debating plans for a bridge strengthen, not weaken, the resulting structure. Both books are worth reading as you think about how to advance the field of cybersecurity.

Image credit: Cleveland Electric, on their page about a fiber optic structural monitoring system which they retro-fitted onto the bridge in question.