I want to call out some impressive aspects of a report by Proofpoint.

I want to call out some impressive aspects of a report by Proofpoint: TA410: The Group Behind LookBack Attacks Against U.S. Utilities Sector Returns with New Malware.

There are many praise-worthy aspects of this report, starting from the amazing lack of hyperbole, and the focus on facts, rather than opinions. The extraordinary lack of adjectives is particularly refreshing, as is the presence of explanations for the conclusions drawn. ("This conclusion is based on the threat actor’s use of shared attachment macros, malware installation techniques, and overlapping delivery infrastructure.")

But most important to me is the clear and detailed exposition of how the attack itself worked. Proofpoint shared both sample emails, showing the human-level hooks, and the way the attacks worked ("Microsoft Word documents with malicious macros...the FlowCloud macro used privacy enhanced mail (“.pem”) files which were subsequently renamed to the text file “pense1.txt”. This file is next saved as a portable executable file named “gup.exe” and executed using a version of the certutil.exe tool named “Temptcm.tmp”.) 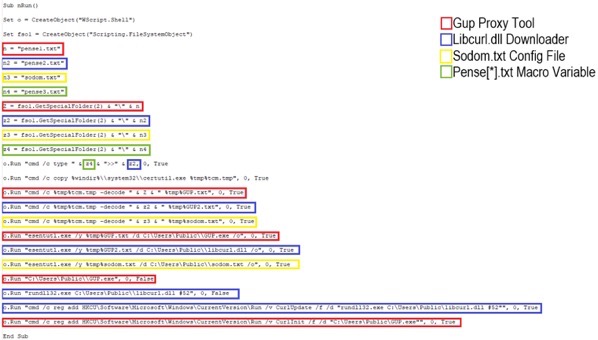 These models of the malicious acts and models of defense can be considered both for these details or other attacks. We might look at these attacks and their common features as we design new defenses. All too often, we only talk about what the malware does after it gets the ability to run code, not how it gets there. (For example, what we see in their Figure 9 is often Figure 1 or 2.) And while that's useful to the anti-malware community, more detail of the attacks help us design better defenses.