People sometimes ask me about my recording setup, and I wanted to share some thoughts about recording good learning content. 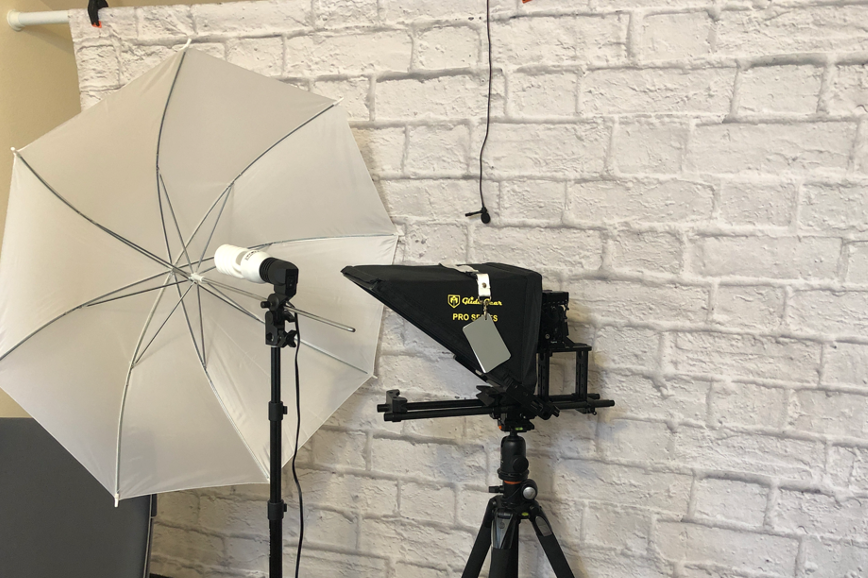 People sometimes ask me about my recording setup, and I wanted to share some thoughts about recording good learning content. The most important thing I've learned is the importance of conceptualizing what you want it to look like. The other thing I've learned is that the more expensive gear is usually more expensive for decent reasons, and it's easy to be penny-wise and pound foolish. It is also possible to spend crazy sums of money for features and properties that you don't need, and what you need depends on what you're trying to record. (The other thing I've learned is that Casey Ellis keeps his office WAY NEATER than I do.)

Great learning content requires a learning plan. Teaching Effectively with Zoom is a quick read and covers both a lot of learning theory and how to apply it with Zoom. Recorded lectures are one part of that and the focus of this post. It's certainly possibly to create great content with nothing more than taking out your phone (witness TikTok, but realize many of those 'impromptu' videos are anything but.). It's also possible to spend an inordinate amount of time and money without getting useful results. For the gear, I'll tell you what I have and if it's different, what I'd get today and why.

Again, the first question to ask is what you want your work to be. I've roughly settled on short videos with me in a chair, and the most important element of the setup is the audio. In fact, for education content, the sound is always the most crucial thing — if folks are struggling to hear what you say through staticy or choppy audio, their cognitive energy is literally being spent on understanding the words coming out of your mouth, not the message you're trying to convey.

Audio: recording audio starts with a microphone. A lavalier microphone is the kind that attaches to a shirt, like when you're on stage. A lav is great because it's at a constant distance to your mouth, which means your audio is recording at a consistent level. I use an Audio-Technica AT803 because I wanted a fully wired high-quality lav, and that's somewhat hard to find. Most are designed for wireless use, which means different connector formats.

An audio interface is a box that helps deal with those connector formats. It has a bunch of input and output formats, and converts between them. For example, it can take the XLR plug of my microphone, and produce both something that my computer understands as USB audio, and also a "line out" for headphones. The line-out on unit is useful for driving a teleprompter. You are likely to spend an inordinate amount of time on physical connectors and other requirements of your audio gear. If you're recording only yourself (versus you and a guest) than one input is probably ok. I now have a Motu M2, which I like. Unusually at the $200 price point, it has nuaunced level and output monitoring on the device. I returned a Focusrite Scarlett, which does most of what I need, but it turns out the level indicator is merely "clip" or "ok," and maybe that's great if you have an engineer managing sound for you. (This is a good article on the physical connectors, with, crucially, lots of pictures; the wirecutter has a review of Audio Interface devices.)

Those physical connections drove my microphone choice. I needed something that worked with XLR, because I didn't know about the Rode TRS to XLR converter, which opens a huge number of possibilities. For the microphone, I'd buy another AT-803, but generally a cardiod (directional) or hypercardiod pattern for microphones helps you avoid picking up background noise and so something like this looks like a good, less expensive option. There are more choices when you have more conversion options, but if you get this you have to figure out how to plug a 4 pin mini... and that way lies madness.

Things I wanted to avoid (or at least not pay for):

Teleprompter: I wasted a lot of time and money producing worse video before giving in and getting a teleprompter. I now have a Glide Gear 750 because it has a large (16-inch?) mirror and holds an ipad, which means I don't need to squint to read what's displayed. I'm using Promptsmart Pro to autoscroll. It's pretty good, and it works much better with a wire from the audio interface, but not perfectly, so I also have a bluetooth mouse to help me scroll. The 750 is a reasonably solid unit, but the case feels flimsy. If I were moving it outside my home, I would look at a different unit or at least a replacement case.

Tripod: The teleprompter means a tripod that can hold substantial weight (15 or more pounds.) I have an Alta 263 because wirecutter recommended it, and before my next big recording push, I got a levelling head.

Things to avoid if buying a tripod only for video:

Camera: I have a Sony Alpha, and today would buy either the ZV-1 or the A7C, depending on budget. The second link contains a baseline Sony lens, and I've become a fan of renting lenses before buying. I'm using a Tamron 28-75 set fairly open (f-stop 3 or 4) for most video.

Camera accessories: I worry about the mechanical stress of little tiny cable heads hanging off the camera forever, so have a cage, a cable clamp, and a screw converter kit. I've used a capture card like this to be able to both see what's on camera and record via OBS, but have moved to in-camera capture for quality. The inexpensive capture cards will drop video quality from 4K to to (at best) UHD (1920-1080), and they hiccup in various ways. Getting 4K video live into your computer is expensive — hundreds of dollars, not dozens. Watch for USB3 out, and read the output specs very carefully.

Lights: I spent a lot of time on lighting. This umbrella set seems to work pretty well with the lights roughly directly at head level facing me. I also got smaller glasses with a thinner frame so that they don't throw as much of a shadow. I don't really use the silver or gold umbrellas. Illya Ovchar has some posts at PetaPixel showing how light modifiers work on a manequin head. Things to avoid:

(* ok, smarty, the Earth moves. You know what I mean.)
I discovered this lighting site

Update June 6: when trying to solve a problem, B&H and Adorama have photographer-centered product categories that are way better than Amazon's mess of a search system. For example, I discovered the screw-driven leveling head when looking at B&H's Tripods and support > "Tripod head accessories where you can scan the various designs (and price points!)

The other thing I've learned is to maintain a set of notes on my setup — my full notes are bigger and longer, I've trimmed this for privacy, but every time I make a setup adjustment it goes in to help with the next setup. Every bit of pedantry in this is because I can't keep it all in my head, and why would I try?

It's been a heck of a learning journey and I'm sure there's things I've missed — what else would you like me to share?