Can't tell the players without a program

How can ordinary folks tell the good guys from the bad guys?  Case in point: the online service Virscan.org [link no longer works] .  I stumbled upon last week while trying to help a friend with her malware problems.  Looks like a nice, simple service that scans uploaded files using multiple AV software with latest signatures (25 total).  But then it dawned on me that it might be much more useful to bad guys (malware writers and distributors) than for good guys.  They could use it as part of their development/test cycle to refine their malware so that it is not detected by any of the AV services.   Easy, peasy! 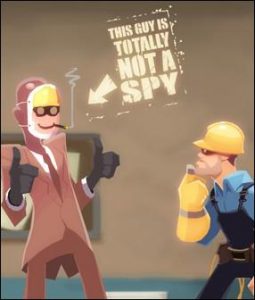 Who does Virscan.org serve?  Who supports it financially?  Is it really a Black Hat operation, or just a well-intentioned White Hat operation that is easy to subvert?  How would I or anyone know?

I wish there were some sort of map of the Black Hat ecosystem that would reveal the existence and role of such “fellow traveler” services that appear legit’ but aren’t.  This would make it easier for everyone involved in security to know who they are dealing with — White Hat, Black Hat, and otherwise.   If anyone knows of such a map, please give me a link.

[Update: This isn’t the same as http://www.virusscan.org [link no longer works] which redirects to  http://www.mcafee.com/us/ .  McAfee has a product called Virus Scan [link to http://anti-virus-software-review.toptenreviews.com/mcafee-review.html no longer works] . ]

4 comments on "Can't tell the players without a program"