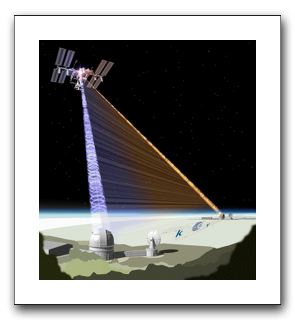 What’s the biggest problem with quantum cryptography? That it’s too expensive, of course. Quantum anything is inherently cool, just as certain things are inherently funny. Ducks, for example. However, it’s hard to justify a point-to-point quantum crypto link that starts at one-hundred grand just for the encryptors (fiber link not included, some assembly required), when you can get a couple of routers from CDW that do IPsec at a 99%+ discount.

What to do, then? Why not show the future and down-to-earth practicality of quantum cryptography by — I know! Let’s do it in space!

And so a proposal by thirty-nine co-authors for the Space-QUEST (Quantum Entanglement for Space Experiments) mission describes just that. The New Scientist also has an article [link to http://technology.newscientist.com/channel/tech/dn14113-space-station-to-be-quantum-communications-hub.html no longer works], but the proposal is short and readable.

Space-QUEST proposes to the European Space Agency (ESA) that an experiment be taken to the International Space Station (ISS) that will do Quantum Key Distribution between the ISS and a ground station with an ultraviolet laser.

They would establish the one link, which shows “the generation of a provably unconditionally secure key at distance, which is not possible with classical cryptography.”

They would then establish two links with separate keys and XOR the two keys together. This ensures that no one can intercept the communications of the two ground stations, according to the proposal.

Out of that one unconditionally secure key between the two ground stations can be computed. Using such a scheme would allow for the ﬁrst demonstration of global quantum key distribution.

An important step towards the applicability of quantum communication on a global scale, is to extend single QKD links to a quantum network by key relaying along a chain of trusted nodes using satellites as well as ﬁber-based systems.

A security analysis of this XOR-and-trusted-relay system is let as an exercise for the reader.

The experimental device will meet ESA standards for a module for the European Columbus laboratory, namely volume of 1.39
× 1.17 × 0.86 m3, mass Photo extracted from the Space-QUEST proposal. I don’t know about you, but I love the little quantum beams joining the two data rings.