In the land of the blind... 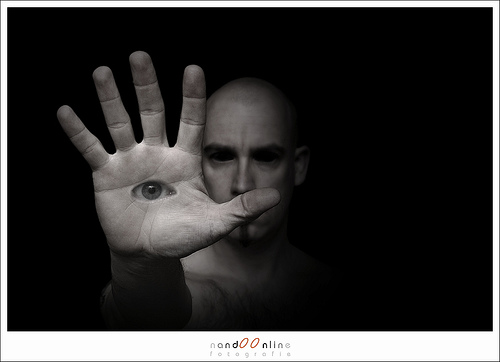 Jeff Lowder takes PCI to the New School in “PCI DSS Position on Patching May Be Unjustified:”

Verizon Business recently posted an excellent article on their blog about security patching. As someone who just read The New School of Information Security (an important book that all information security professionals should read), I thought it was refreshing to see someone take an evidence-based approach to information security controls.

First, thanks Jeff! Second, I was excited by the Verizon report precisely because of what’s now starting to happen. I wrote “Verizon has just catapulted themselves into position as a player who can shape security. That’s because of their willingness to provide data.” Jeff is now using that data to test the PCI standard, and finds that some of its best practices don’t make as much sense the authors of PCI-DSS might have thought.

That’s the good. Verizon gets credibility because Jeff relies on their numbers to make a point. And in this case, I think that Jeff is spot on.

I did want to address something else relating to patching in the Verizon report. Russ Cooper wrote in “Patching Conundrum” [link to http://securityblog.verizonbusiness.com/2008/06/13/patching-conundrum/ no longer works] on the Verizon Security Blog:

So let’s take two CSOs, analytical Alice and boastful Bob. Analytical Alice thinks that her patching program is pretty good. Her organization has strong inventory management, good change control, and rolls out patches well. She listens carefully, and most of her counterparts say similar things. So she gives herself a “3.” Boastful Bob, meanwhile, has exactly the same program in place, but thinks a lot about how hard he’s worked to get those things in place. He can’t imagine anyone having a better process ‘in the real world,’ and so gives himself a 5.

[Update 2: I want to clarify that I didn’t mean that Alice and Bob were unaware of their own state, but that they lack data about the state of many other organizations. Without that data, it’s hard for them to place themselves comparatively.]

This phenomenon doesn’t just impact CSOs. There’s fairly famous research entitled “Unskilled and Unaware of it,” [link to http://www.apa.org/journals/features/psp7761121.pdf no longer works] or “Why the Unskilled Are Unaware:”

Now, the Verizon study could have overcome this by carefully defining what a 1-5 meant for patching. Did it? We don’t actually know. To be perfectly fair, there’s not enough information in the report to make a call on that. I hope that they’ll make that more clear in the future.

Candidly, though, I don’t want to get wrapped around the axle on this question. The Verizon study (as Jeff Lowder points out) gives us enough data to take on questions which have been opaque. That’s a huge step forward, and in the land of the blind, it’s impressive what a one-eyed man can accomplish. I’m hopeful that as they’ve opened up, we’ll have more and more data, more critiques of that data. It’s how science advances, and despite some mis-givings about the report, I’m really excited by what it allows us to see.

Photo: “In the land of the blind, the one eyed are king” by nandOOnline, and thanks to Arthur for finding it.

[Updated: cleaned up the transition between the halves of the post.]