For Passover, we made a lamb and bitter greens pizza. Now, you may be saying to yourself that that’s wrong, but allow me to explain. 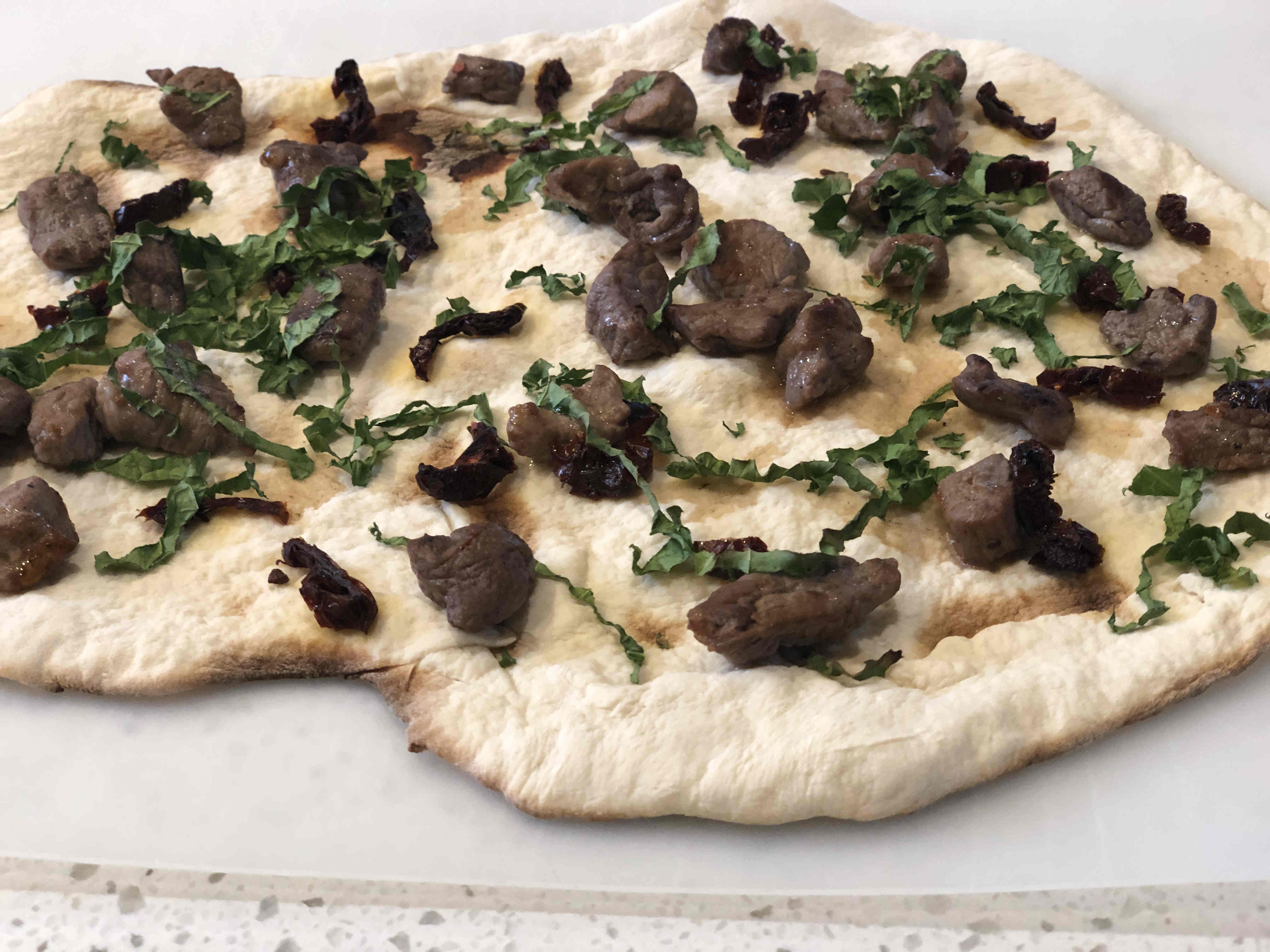 For Passover, we made a lamb and bitter greens pizza. Now, you may be saying to yourself that that's wrong, but allow me to explain.

A few years ago, Seattle Food Geek wrote about a No-Yeast, No-Rise, Champagne Pizza Dough. It makes use of an encapsulated leavener called WRISE. I had a sample of the WRISE leavener from a friend, and Modernist Pantry has it, listed as encapsulated baking powder here. Anyway, I decided to use it to make a passover pizza, taking just under 18 minutes from adding liquid to flour to putting it in the oven.

So, turned on the oven, set up my ingredients (always important if you want to move fast without breaking things), and had at it.

To make it into the oven in 18 minutes, I had to reduce the rest time from Scott's ten minutes to six. That was crucial for getting the entire process done. And it turns out that without the second, 15 minutes of resting, the dough is very stiff and hard to roll. I wasn't far from bruising my hands as I rolled it out. The second dough ball, which we allowed to leaven (rise), was far more forgiving, and rose better in the oven.

Also essential to getting it done in 18 minutes was parbaking the crust. If I'd tried to sauce and dress the pizza, I don't think I could have finished in time. The cooked crust was decent. Not nearly as good as others with time to rest, but it wasn't bad.

Now, if you want to play entirely by the rules (and I'm not sure why else you'd bother with this approach), you may notice the presence of chametz in the recipe and in the kitchen as you roll out the dough.

Fortunately, Ken Forkish has an answer in his Elements of Pizza. You can parbake, wrap, and freeze dough, then thaw and use it. So you can parbake your crust — at which point it's not chametz, any more than matzoh is — and use it at will.

Disclaimer: I'm not a Rabbi, much to my mom's disappointment.