The House Oversight Committee has released a scathing report on Equifax... 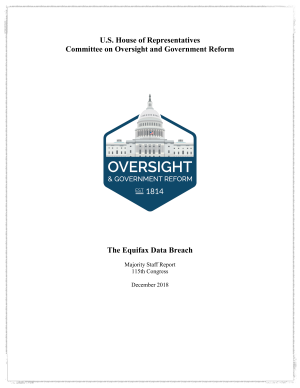 The House Oversight Committee has released a scathing report on Equifax.

I haven't had time to review the report in detail, but I don't think it answers questions I had reading the GAO report. Four of their give key findings are about what happened before the breach, but the fifth, "unprepared to support affected consumers," goes to a point I've made consistently over nearly a dozen years: "It’s Not The Crime, It’s The Coverup or the Chaos."