Half the US population will live in 8 states

Our country's population is shifting, which could have a dramatic effect on politics. 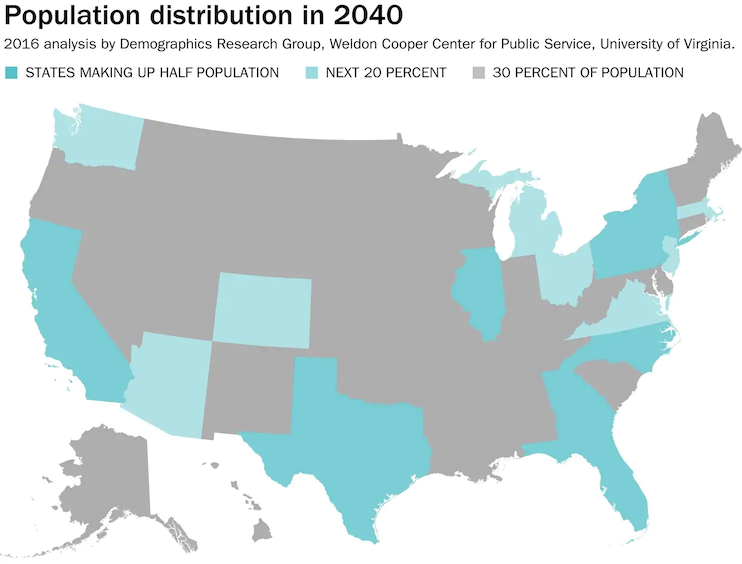 That's the subject of a thought-provoking Washington Post article, "In about 20 years, half the population will live in eight states," and 70% of Americans will live in 15 states. "Meaning 30 percent will choose 70 senators. And the 30% will be older, whiter, more rural, more male than the 70 percent." Of course, as the census shows the population shifting, the makeup of the House will also change dramatically.