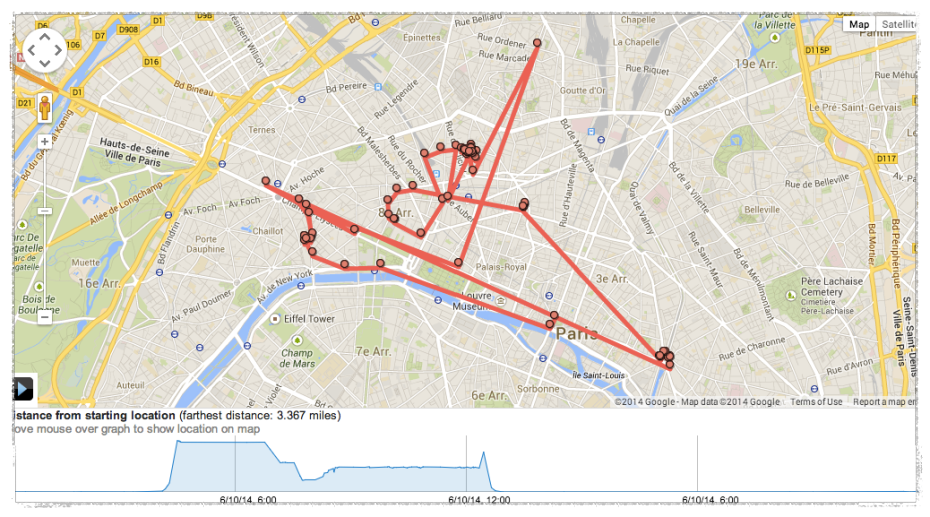 The decision in Carpenter v. United States is an unusually positive one for privacy. The Supreme Court ruled that the government generally can’t access historical cell-site location records without a warrant. (SCOTUS Blog links to court documents. The court put limits on the "third party" doctrine, and it will be fascinating to see how those limits play out.

As I said previously, I am thankful to the fine folks at the Knight First Amendment Institute at Columbia University for the opportunity to help with their technologists amicus brief in this case, and I'm glad to see that the third party doctrine is under stress. That doctrine has weakened the clear aims of the fourth amendment in protecting our daily lives against warrantless searches as our lives have involved storing more of our "papers" outside our homes.

Image via the mobile pc guys, who have advice about how to check your location history on Google, which is one of many places where it may be being captured. That advice might still be useful — it's hard to tell if the UI has changed, since I had turned off those features.