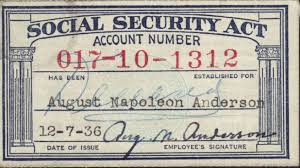 [Thursday, September 21th is the latest of 5 updates.]

When I wrote "The Breach Response Market Is Broken," I didn't expect one of the players to validate everything I had to say. What I said was that the very act of firms contracting with breach response services inhibit the creation of a market for breach response, and the FTC should require them to give vouchers to consumers.

It's not clear what database was accessed. On their website, Equifax says "No Evidence of Unauthorized Access to Core Consumer or Commercial Credit Reporting Databases" and "Company to Offer Free Identity Theft Protection and Credit File Monitoring to All U.S. Consumers."

But here's the thing; I don't trust Equifax to protect data that ... they just failed to protect. I want protection from an independent firm.

Equifax's self-dealing in providing breach response services is unfair. No rational, well-informed consumer would select Equifax's service in this situation. Equifax's offering of credit file monitoring to all US consumers is also an unfair trade practice, which undercuts innovation, and limits the ability of new entrants to deliver effective services.

The FTC should require Equifax to send a voucher to each impacted individual which can be used to purchase any identity theft protection service on the market as of August, 2017.

Usually I don't try to blog fast moving stories, but I may make an exception.